As clouds walk over a wind swept moor,
Battle looms on a horizon lined so pale,
The wisp of mist clings to the gnarled and knotted trees,
As they watch over mountains grey.


The sound of the heavily shod feet marched on and on,
And marsh man worn by host so strong,
With spear of twice a man, and Shield of crimson tone,
A confident band of many strong,
Defeat that seemed so far away...
With horse we ride, on battle nigh,
Our swords possessed with flame,
With dying breath, we will bring death,
The outcome is still the same.
photo 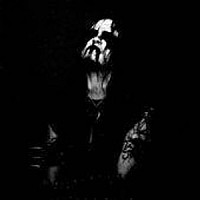 The clash of steel and taste of blood,
Were yet to hit the ground,
A furious push on a sea of red was seen from afar,
Help of a warcry, to fight to bitter end,
Emerged the wheels of fire and death,
That cut so many down.
To break the wall of flesh and steel,
An uphill battle was fought,
To push these dogs back to their kennels,
From a far-off distant home,
Into night the fighting raged until the battle was won,
Exhausted soldiers marching forth
Against the distant sun.
And on that day,
The lands turned grey,
And wept for the souls beyond the grave.
Before the night,
In the waining light,
The hordes of dead will be seen in veil.