Late last night while wishing on a star
Down from the sky came a man in a car
He said "Get in, Jackson
Come on let's go for a ride"
Outta sight


Sitting in the cockpit strapped down in a chair
I said, "Hey, tell me
What's that over there?"
He said, "Meet my computer."
He's a friendly son of a gun and we're having fun
Playing cards on Venus in a cloudy room
Pass a glass of ammonia, I got to get off soon
Sunbathin' on Mercury or jammin' on Jupiter
Which do you prefer?
photo 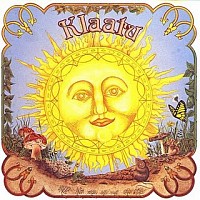 Lyrics was added by ProgFreak

Video was added by ProgFreak