nine years old and climbing out the house
thru a song played on piano by my neighbors Les and Ray.
I put my head up against the wall to be closer to the music that they played.

you were my oxygen, the thing that made me think I could escape.
this is a thank you song for Les and Ray 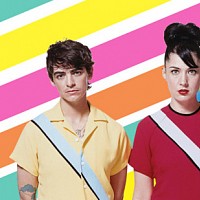 Lyrics was added by hovnocucvosa

Video was added by hovnocucvosa