Uhh! Little Brother
Uhh! Mr. Porter
Uhh! Aiyyo Denaun this a
This a provocative-ass beat my nigga~! I ain't gon' lie
Like, this shit so hard, it's so provocative
Before I could do it I had to go get a manicure, a pedicure
A cucumber melon facial wrap
And now nigga I'm spittin this shit, I got on a raspberry colored mockneck
And some Babajeux [?] cologne, OHH~!


[Rapper Big Pooh:]
Chances are I've raised the bar
Never first at the finish but here I are
Niggaz gettin out of hand 'til I raised the par
Yeah I took a few lumps, I don't easily scar
And after number two heard they tried to tar, but baby I'm back
Now I see folks tryin to sit where I sat
Shakin my hand like SHIT, it's like that?
And this is all fact
[Phonte:]
All factual, all actual
Now they lookin at me, eyes all glassy now
From the chickenhead hoes with the weaves and perms
To the coffeeshop bitches with the naturals
'Member when they didn't even wanna ask me out
Now they all wanna know how they can be down
Didn't think I'd make it rhymin, but I'm still grindin
Look at 'Te shinin, are you happy now?
photo 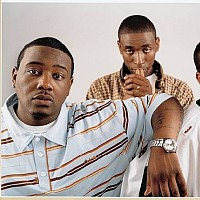 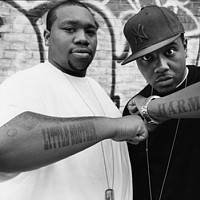 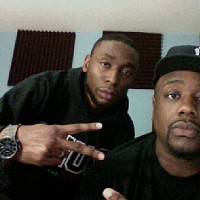 [Chorus: Rapper Big Pooh, Phonte]
Everybody say praise the lord
Ain't another like me, I swear to God
Everybody wanna be amongst the stars
So now I gotta go and do it extra hard
Yeah, steppin out extra hard
New aim, new game, fresh feet on the car
Don't ever let a nigga tell you who you are
So when you gotta show 'em, go extra hard
Yeah (yeah) yeah (yeah)
[Rapper Big Pooh:]
Uhh~! Say I'm good, say I'm great
Couple niggaz took a shot but they both late
They both cake, soft like a styrofoam plate
You wanna see the champ, better get into shape
Get into weights, mix berry protein shakes
Rapper Go Hard, I don't need no breaks
Let me hear another word, I ex-pose fakes
I done took all the shit I'm a take, that's word
[Phonte:]
Say word on the street is, 'Te stay flowin
Just show him where the beat is
It'd be so nice if he wasn't an elitist, bullshit homey!
I'm a grown-ass man, just call it as I see it
Flow so dumb it's borderline genius
All the way from NC to Phoenix
We get bread and it spreads like an epidemic
'Te three point oh nigga this is the remix
I done upgraded y'all, catch up, uhh
[Chorus]
[singing Interlude:]
Uhh~! Everybody thinks I'm crazy
Cause I don't do what they do
Cell phones stop ringin at night
I'm thinkin - where are my bitches!
Nobody wants to see you when you're down and out
These niggaz gon' turn their backs on you
Wish that they could see me now
[Chorus]
[Outro:]
Uhh, let's go, yeah (yeah)
Yeah (yeah) uhh (uhh)
All my NC niggaz go extra hard
Yeah (yeah) yeah (yeah)
Uhh, let's go, yeah (yeah)
Yeah (yeah) uhh (uhh)
All my niggaz worldwide go extra hard
Lord have mercy, OH!

Lyrics was added by barusse

Video was added by barusse