Now im insaaaane in the membrane
Don’t say you’ve improved nigga your shit’s always been lame
You know im a cheeky motherfucker
I say to the olders
Maybe you’ll be this good when you get to this age
Bet you would, yeah nigga yeah bet you should
Bow down I’m a king hearin’ me now deliver the crown
And I got, a good heart I’m an innocent child
But don’t get me mad
I got a temper on me
I don’t play that homie
Shit all eyes on me
Wait, why? Cos I ain't, fuckin with Youuuu!
Go to from a hundred straight from zero
I ain’t tryna be a role model but the game it needs a hero
I’m that hero
Space is the only thing that we know
Everybody’s spiritual everybody’s soul's legal
Fuck outta here with that shit…
Ohhh, how ya feelin
How ya feelin how ya feelin
Now you’re wearin’ baseball caps
Don’t let me see that grade I mean it yeah they tief it
Must be looking for a beating
No I ain't the violent type but swear these words will leave you bleeding or rotting
Oh if you’re smart you wouldn’t get me started
No, don’t compare me to no other artist
Love the pounds? Put your money where your heart is
Yet pay regardless, shit I must be a target
I must be a target, I must be a target
Came in the game killin’ niggas off head top
Getting’ warmed up you haven’t got the best of me yet
I’m a young God in the flesh
I’m too young to be stressed
Heads turn round like the possessed
Weed, cars, rappers are showing me no progress
Step to me and they know best
I ain't going nowhere they can protest
(Bitch!)
photo 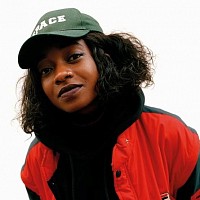 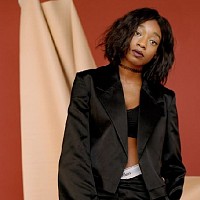 Lyrics was added by alexaurus

Video was added by alexaurus