She walks along the river, between the trees
The Ophelia's ghost
She lived in the castle, on the hill
Like an enslaved, imprisoned from those walls
From the window she watched people
She wished to love
The heart pierced from thorns, bleeding!!


Pure like water, far from the evil
You have screaied that night, when your father,
With its dirty hands touched to you
It has raped to you
Kill it, kill it, kill it
Sinks the blade in its put ride meats
Ophelia!! Ophelia!!
photo 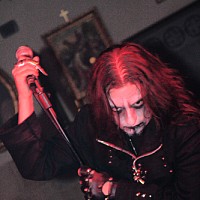 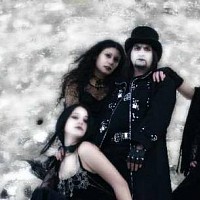 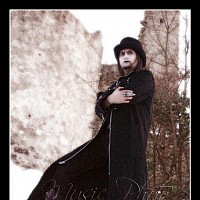 Like burnt-out torches by a sick man's bed
Gaunt cypress-trees stand round the sun bleached stone;
Here doth the little night-owl make her throne,
And the slitht lizard show his jeweled head.
And, where the chaliced poppies flame to red,
In the still chamber of yon pyramid
Surely some Old-World Sphinx lurks darkly hid
Grim warder of this pleasance of the dead.
The suffering for what was too much it was happened,
She slept in its bed of pain
She let to fall in the river
Dipped in cold waters She walks along the river,
Between the trees. the Ophelia's ghost

Lyrics was added by DominusSacer

Video was added by DominusSacer