I called you when I needed you most, I thought we would link
I told you the bad news, you haven't talked to me since
Frankly, I don't want to talk to a shrink
I might look happy but I'm angry and I'm tortured within
You come back around now, with your hands out
I can see the guilt in your eyes, maybe you understand now
It isn't the fact that when I talk you didn't listen
It's that you said you'd call back in a minute but you didn't
Don't get me wrong, I'm not trying to beg friend
It just feels lifes my hit a dead end
I tried to turn around but now my back's against the wall
And the pain just won't stop I might have to end it all
I tell myself life is sacred, It's not right to waste it
I feel surrounded but at the same time isolated
At times my own day dreams scare me
I find myself hating anyone that may seem carefree
Id rather go out smiling than crying at home
I've realized that my worst fear is dying alone
At times I lose my composure but that's not a surprise
I can't control the emotions I keep bottled inside
Don't pretend there's a friendship you and me share
When you hit rock bottom people are usually scared
I guess stupidly I expected you to be there
And when the shit hits the fan man, who really cares

Yea listen...
I was just sitting here feeling sorry for myself and helpless
Then I realized that I was just being selfish
I'm a soldier, my self-centred brain is my helmet
But when reality hit me I felt sick
We run from our problems - there's many that are paralyzed
We take life for granted - these simply never had a life
We've heard it all before - some people are deaf
That tramp lives in a box while I sleep in my bed
Inside I'm a tortured man who hates living.
But there's people being tortured in Abu Ghraib prison
There's youths right now that are dying from Malaria
So we can have clean running water in our area
That shit there, has got me feeling ashamed
If you've been through it, tell me what's the meaning of pain
You went court, and they locked you away when you we're acting wild
There's people in Guantanamo Bay that never had a trial
Weve seen a lot - there's some that were born blind
In some places hip hop can't be performed live
You whopped bare chicks, you think you a heavyweight?
In Africa 6000 people die from AIDS everyday
And the babies there get it from their mothers,
So think about that next time you fuck without a rubber
It hurts but no one said the truth would be fair
The world's a messed up place man, but who really cares?
photo 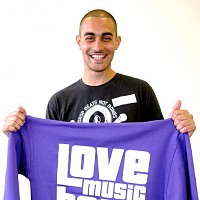 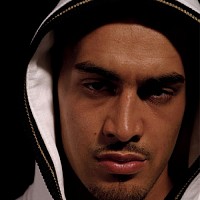 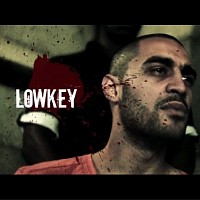 Videos was added by Moonblade