MACHINE GUN KELLY:
This that shit you bob your head to
This that brand new instrumental
I heard he puts his city on
That boy Kells so influential


Success got everybody hating
Success to me is inspiration
Cause how we supposed to know that what we dream is possible
If don't nobody that looks like us makes it?
You only got one life, don't waste it
I mean we only got one night, get wasted
I mean I know you're trying to think it out
But go with what you feel cause real problems can't be calculated
photo 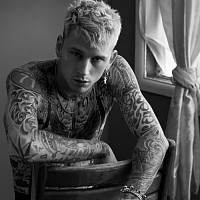 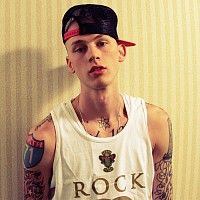 MACHINE GUN KELLY:
Drinking whiskey like a desperado
My bitches drinking Reposado
Ashing in an empty bottle
Listening to the songs that put our asses in this empty condo
Remember ridin' 'round in Ashleigh's car though?
When the radio first played our song though?
Or at her house when MTV first showed my face
That clip was crazy, I swear it felt like we won the lotto
But a million bucks can't buy priceless moments
An a million people may not know us
But every one of us wants this gift we own
And that is: how is how to keep it real
How to never judge somebody by their steering wheel
Cause you know that mother fucker in that Ford Taurus
Could be the next mother fucker in that new Porsche
But like I said it's hard to know where you're headed
When there's no destination
So until that day, just keep that Kells inside your playlist and

OUTRO:
This shit right here, man, this shit feels right! Aye Doug, aye Dray, aye Earl, you know it’s all year right? Hah! I'm sitting here in the middle of New York City, the night before I gotta turn my second album in, higher than a motherfucka, drunker than a motherfucka, with my boys, and I’m thinking, damn, man 5 years ago, we were dead broke chilling in Cleveland everyday, and the next thing you know, people are calling us about record deals. And you know, the crazy part is, I actually rented this white Nissan Ultima for me and Slim so we could drive out to New York. I think she had to some work some shit or something, so she couldn’t go so we were gonna go out there and see what these labels were talking about. And I’m driving us there, but my license’s suspended so I tell Slim, I'm like “Yo, I gotta pull up before we get to New York and switch, so you can drive in case we get pulled over" cause we got pulled over the last time we went there. But you know, he had a license so it made sense for him to drive so cut to like 7 and a half hours later, I'm pulling over in this emergency lane and right as I’m opening the door to switch with Slim, boom! This fucking car going full speed on the highway swerves off the road and smashed into us. Yo, I swear to God I woke up half my body’s laying outside the car in the ditch, like 15-20 feet away from where we just were. The car was totalled, the windows were smashed, it was cold as fuck, it was raining outside, but we were actually okay. I mean, my boy had to go the hospital you know the ambulance came and shit, he ended up being alright, but our meeting’s with the record label started at 2 and we didn’t have no car, and now we were stuck in a fucking hospital in New Jersey. So this dude that, I ended up partnering with later on, his name’s James McMillan, he comes and gets us to these meetings and shit, somehow, someway. I don’t know if it was just because we just got into a crazy car crash and could’ve died a couple of hours ago but I'm in there and like you know I’m not feeling this shit man I’m not feeling this record label shit and we drove back to Cleveland. Now I'm back in Ashleigh's mom's basement, I'm thinking about life, you know, I'm on a shit ton of vicodin cause the doctors at the hospital you know gave us something cause we got into that car accident and Ashleigh runs downstairs and she’s like “Yo, yo, Kells, Kells, you're not gonna believe who wants to talk to you right now." I’m like, "who?” She’s like “He’s gonna call you in 30 seconds." Now I guess, when I was in New York, I had made some kinda noise cause this dude named [?] who ended up becoming my manager later on took this video I had called “Chip off the Block” over to Bad Boy and showed Harve Pierre and Harve Pierre went and showed that vid to a guy named Puff, so I answer my phone, depressed, down, fucked up on vicodin and I hear: “Please hold, I have Mister Sean Combs for you." I said, god damn, life’s about to change, man, I felt it. And sometimes thats all it takes, it’s just that feeling you know what I mean. I knew I was gonna be here, and now I’m here
Feel that, uh
Lace up, Kells
Lace up, Kells
Farewell, yeah
This that shit you bob your head to
This that brand new instrumental
I heard he puts his city on
That boy, Kells

Lyrics was added by hitm4n_sk