He questioned the heavens as he wrote about the fate
He riddled the writings about the path that we take
Try to believe, don`t be deceived by what will be revealed
it was written long before
photo 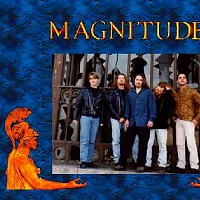 Giving signs through the ages, lead us to places, countries divided by wars
A mass production of great destruction and all will suffer a toll
do we close our eyes?
Of new beginnings that come to an end
of foreign lands that fought to defend
cannot deny what has been said, just don`t understand what has been read
Are there reasons for it all, it was written log before
will we hear the call, the writings on the wall
Try to believe, don`t be deceived by what will be revealed
it was written long before
Could we believe a man could see the course of things to come
will you accept what hasn`t happened yet or if nothing can be done
do you want to be told what the future has to hold
He prophecied when worlds collide changing the way that we see
The nights alone, the spirit shown, disguising themselves as his dreams
Never wanted to see, oh never wanted to see