The Life Of A Troubadour ft. Snoozegod as Oli.. - lyrics

Share
Mike Posner:]
Clean up the dungeon, the king is home
You know he's gonna wanna hear another sing-along
Bring the crown downstairs and the blingy rope
[?] sort of jewels, man he can't leave them things alone
He said the crown looks mush, is he wrong?
Doesn't matter, grapes on the platter
I was with the princess last night
After the Mad Hatter got mad at her
Man, I don't want the throne, the woman's a disaster
I'm just tryna bag her a couple more times
Then I'll give her back, they can have her
Here, help me with the ladder


I've been feeling under pressure, baby
Got me feeling these feels inside
I've been feeling under pressure, baby
Got me feeling these feels inside
I'mma have to ride this horse 'til springtime
Shoulda never drank all the king's wine
'Cause when I woke up, I was still wearing my wig
I walked down the hall
Saw the king's head, it was next to the pig's, crown and all
And guess what? The blood's on my saber
Ha, see you later
If I don't disappear, they gonna put me in charge of this shit
And I just wanna play my guitar for this bitch
Oh yeah, I took the princess, too
She's a Stage 5 [?]
Probably thinks I'mma give her a ring-a on her finger
But fuck that shit
All these princess bitches just wanna fuck a singer, a singer
And the singer just wants to sing, fuck, I'm gettin' tired
My saddle's too small and my legs are on fire
I haven't eaten in days, I wanna go home
This bitch drank all my wine and there's no smoke
And I know, and I know that your family's all dead
But what the fuck were they feeding you?
Hog heads? Fat bitch
Matter fact, get off the horse
Yeah, I'll be right back
I'm on my own now with the stupid horse
The life of a troubadour
photo 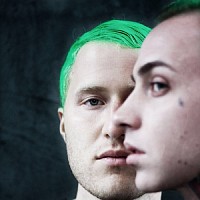 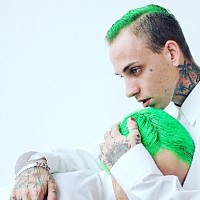 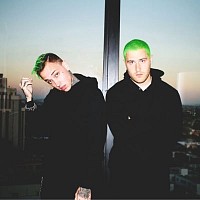 Lyrics was added by i2s