[Verse 1: Masta Ace]
People in the audience, Masta Ace the name
I write rhymes and insert them inside your vein
They run through your bloodstream, get inside your brain
Cause I first put my name up inside the train
My mic control has been unprecendented
And you wrong if you thought you was the best that did it
See I just started messing with it, I been married to the game since '88
You just committed
The entire fate of the whole Empire States
Into hands of a man that's here to inspire hate
Heed for the state of the music
And all these other cats looking for another way to abuse it
I wake you up like a gun in the face
I'm just here to let you know who's like running the place
And everywhere that I perform and do a show
As long as you know


[Hook in cuts and scratches]
"This is for those that don't know the half"
"Backtrack turn back the page"
"Let me show y'all new rappers"
"That's how the game go"
"This is for those that don't know the half"
"Backtrack turn back the page"
"Don't be missing any word I say"
[Verse 2: Masta Ace]
You love to hear the story, again and again
How it all got started from beginning to end
When cats used to run in a pack and slaughter
The rooftop, Union Square and the latin quarter
And if you came alone then your chain was gone
Unless you was from the hood and your name was known (yup)
And even then you was taking a risk
They would rush you for your chain while you was taking a piss
Hip hop used to be so thick in the air
When it was there you ain't even need a kick and a snare
It could have been finger snaps and hand claps
But nowadays it feels a little different when a man raps
The track commence and these cats are french
The media lacking sense, what I rap's intense AND
I be the best in these rap events
And how I got this far?
It's called experience, come on
photo 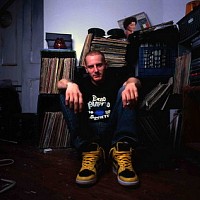 [Hook]
[Verse 3: Masta Ace]
Yo it's the Ace in the flesh, of course I'm fresh
Oh you thought that I was rotten?
Huh, you must have gotten a bad sack of weed cause I track your speed
I run up, fondle your wife and smack your seed
I've been a star since Pat Benatar
And I still want the house, the boat, the truck AND the car
The limousine with the big screen and the bar
I'm trying to eat, watch it pour on like vine-gar
Cause I'm old and grey, control the day
I'm kinda like the light cause I show the way
I'm the one to collect the funds and hold the pay
The kind that fold away than I stroll the way
Shit, I can't name all the hits we charted
That crazy ass Crooklyn ass shit, we got it
We came here tonight to get started
To cold act ill and get retarded
[Hook and srcatches to fade out]
"In this rap game"
"This might be my last"

Lyrics was added by RAREspek

Video was added by RAREspek