Share
[Intro]
Wake your punk ass up for the 93 shot
MC Eiht's in the motherfuckin house.. gyeah
And it ain't nothin but a compton thang y'all
And we ain't nuttin but niggas on the run
And this goes out to my niggas.. gyeah


[Verse 1]
A fucked up childhood, is why the way I am
It's got me in the state where I don't give a damn, hmm
Somebody help me, but nah they don't hear me though
I guess I'll be another victim of the ghetto
Ain't no escapin, cause I'm way too young
Pops is dealin, and on top of that got moms sprung
Scheamin off the top, pops never figured
That he'd go down by the hands of another nigga
Now my pops is gone and that ain't no good
Got to follow in the foot steps of the homies from the hood
And where's the role model?
Niggas putting brew in my fuckin baby bottle!
Damn, and through all the motherfuckin pain
They done drove my moms in-sane
So I guess I gotta do work so I ain't finished
I grow up to be a streiht up menace, gyeah
[Hook]
Uhh, come on y'all
Streiht up menace
photo 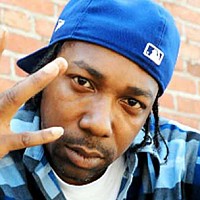 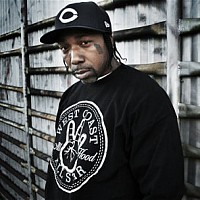 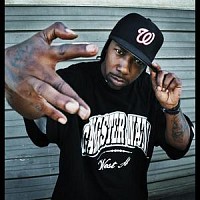 [Verse 2]
Now I'm of age, and livin in the projects
Gettin paid off the clucks and the county checks
I'm Fil-ia fresh outta high school, never did I wonder
That the motherfuckin hood would take me under
Gyeah, I'm kickin it with the homies and they got the straps
Off to the corner store, owned by the fuckin {Japs}
See a bitch in the right lane so I comes with the mack
Astro Bam pulls a motherfuckin jack from the back
Now he's got the strap to my homie's head
See him play that shit cool, and don't be a fool!
He shot my nigga in the fuckin head
I caught one in the shoulder, if I didn't run I was dead
Now I'm layin in the hospital bed
Thinkin about them punk motherfuckers and my eyes is bloodshot red
Gyeah motherfuckers, I ain't finished
Be on the look-out for the streiht up menace, gyeah
[Bridge]
Uhh, whassup y'all
Streiht up menace .. damn!
Really..
Streiht up menace .. damn!
[Verse 3]
I'm in too deep
I done killed a motherfucker and I just can't sleep
One-Time's tryin to do a smooth, creep
And on top of that
Niggas after me for fuckin one of they hood rats
I ain't got time for the fuckin bitch's story
Niggas want me gotta come to my territory
And ain't no 'You Can Get the Fist'
Niggas come, and they get done on they own risk
What is it all about?
Should I leave or should I stay cause I don't wanna punk out
Oh what should I do? The homies say
'The hood's where it's good, homeboy, I thought you knew'
So in the process to show the hood my best
No time to react, caught two in the chest
Now look who's down, I guess I'm finished
I go out like a streiht up menace, gyeah
[Hook]
[Outro]
And on and on
I guess we outta here
Peace to my niggas on the run
And it ain't nuttin but streiht up menaces, damn!
Just like I said before y'all
It ain't nuttin but a compton thang
And MC Eiht's in the house for the 93 shot
And this one's for the niggas, yeah