You can cha-cha-cha to this Mardis Gras
I'm the dopest female that you've heard thus far
And I do get better, the voice gets wetter
Nobody gets hurt (as long as you let her)
Do my thing with an '89 swing
The dopeness I write, I guarantee delight
To the hip-hop maniac, the Uptown brainiac
In full effect, MC Lyte is back
And better than before as if that was possible
My competition, you'll find them in the hospital
Visiting time, I think it's on a Sunday
But notice they only get one day to shine
The rest of the week is mine
And I'll blind you with the science that the others have yet to find
So come along and I'll lead you the right way
Just clap your hands to the words I say, come on...


I've got the power to spread out and devour
At the same time I'll eat you up with a rhyme
But I'll let you slide 'cause you accidently hopped on the wrong side
Now come on, that's suicide
Hypothetically speaking
Ok, let's say you didn't know what you were doing
You're new in town, and you're looking around
For another name to ruin, and it's me that you're pursuing?
Well well well, I'll be damned
I might as well tell you who I am
I am the capital L-why-T-E
And it's shocking I'm the one you're mocking
Oh yes, I've been watching you watching me
And like the fat on your back it's plain to see
That you're a wannabe, but you can't be what you're not
So you better start living with what you got
Yeah, DJ K-Rock when you hear a scratch
Now it's time to kick a rhyme out the batch
And you're the receiver eager as a beaver
Time to convert the non-believer
That I'm a roadrunner leaving you in the dust
I can adjust to the times and at times I might just get quicker
Than the ticker of your pacemaker
More tender than a roni but harder than a jawbreaker
So don't ever second guess me
And if you're wondering who could the best be
Think a second and recollect the worst whipping you ever had yet
And I'll bet that I did it
My fingerprints are still on you
How many times I gotta warn you
About the light? It'll blind your sight
But the rhythm will still guide you through the night
photo 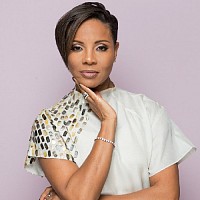 [Kick this tip...
Kick this one here for me and my DJ]

Lyrics was added by LaraQuinnJ

Video was added by LaraQuinnJ