Share
The second world war caused the death of
55 million people. Among them a lot of
innocents who didn't correspond to the
meaning of just one man.
And so had to diean unbelievable cruel death.
Did mankind learn out of this or will it happen again?


history showed us not to trust in
a guy that promises us needful things
a prophet not better than every fantaster,
but we are weak so we trust him again
a fanatist, 1.60m, not bigger
a weakling, you can spit at him,
but he bleeded the mass
war was just a expedient thing
and peace the break between
the time will come, when we pay tribute againlike we have done it before
we will do it one more
photo 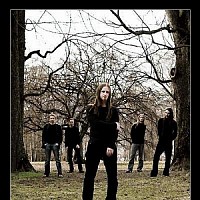