Share
Spoken:
And there was a battle in Heaven, and Michael and
His Angels battled against that dragon and His angels.
And that ancient serpent, He who is called the devil,
and Satan, was cast down to deceive the whole world.
Very soon He and His False Prophet will try to cause
The people of the world to bear a mark on their right
hand or on their forehead, so that no one can buy or
sell unless he has the name of the beast or the
number of his name. So let He who has the
understanding calculate the number of the beast,
for it is the number of a man, and that man is alive
today.... and his number is:
6 — 6 — 6.


He fell from heaven, he was one of a kind
Had a certain power, to control your mind
He captured hearts, of everyone
Many will be dammed, when his work is done
Ah - ah - Lucifer
photo 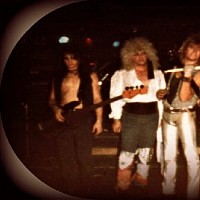