I would be a liar if I pretended to admire
the red light wind screen cleaning empire that you've built.
But my heart is good it's not a thing of stone or wood
I'll give you fifty cents to take away my guilt.
I give money to folks that just don’t have enough
to try to justify the future purchases of stuff that I don’t need.
I know that one less vodka cranberry tonight
and I could feed some foreign family for a fortnight
But I might just have one more.
After all what is vodka for
apart of making you wanna shag you're best mate's wife.
Dampening the guilt you feel about your perfect life. 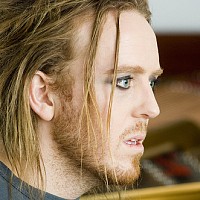 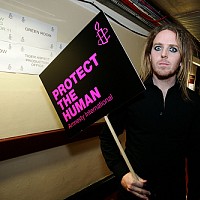 Lyrics was added by lovinggreen

Lyrics was corrected by lovinggreen

Video was added by lovinggreen