Lets suppose that you were able every night to dream any dream you wanted to dream,
and you would naturally as you began on this adventure of dreams, you would fulfill all your wishes.

You would have every kind of pleasure, you see,
and after several nights you would say, “well that was pretty great.”
But now lets have a surprise, lets have a dream which isn’t under control.
Well something is going to happen to me that i don’t know what it’s gonna be.
Then you would get more and more adventurous, and you would make further and further out gambles as to what you would dream, and finally you would dream where you are now.

If you awaken from this illusion,
and you understand that black implies white,
self implies other,
life implies death.
You can feel yourself, not as a stranger in the world,
not as something here on probation, not as something that has arrived here by fluke, but you can begin to feel your own existence as absolutely fundamental.
photo 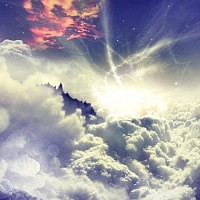 What you are basically, deep, deep down, far, far in, is simply the fabric and structure of existence itself.

Lyrics was added by loverteeth

Video was added by loverteeth