Share
"Wande in peace O Great Pharaoh to the land of Osiris in the west
No one will disturb your peace without punishment, the brotherhood will guard your rest" 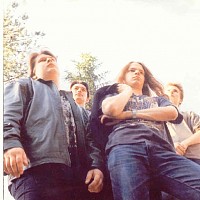 "We warn you vile intruders, do never break this seal
Let the God on earth rule this hall alone, do not defy the power of the ancients"
Without caring about warnings the men broke into the tomb with golden glitter in their eyes
The vast richdom theu carried away to their homes only laughing at the curse as a joke
For two weeks they enjoyed the life of a magnate
Until the breaker fell into a coma and couldn't be saved
He had defied...
The Curse of the Netherworld...
After his death the thieves started to drop like flies until even the last one of them had died
They all had defied...
The Curse of the Netherworld...