By the beginning of time, in the migration to east
Longing to live, they found a plain in the region of Shinar
With selfishness in their hearts, they tried to go beyond all
Going into a trail that would change it all 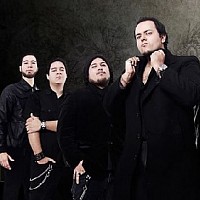 Holy lord!
Sending confusion against this madness
Breaking out!
Returning them into their human nature
Holy lord!
Nobody can be above your kingdom
Spreading out!
With the beginning of all nations
Forever forsaken
Forgive us my lord!
Cursed till the end of time