Slippin' through my fingertips (Ayy), lingerin'
Shoulda, woulda, coulda, where'd I put the pen? (Woah)
Make a list of all my failed attempts
Runnin' out of space again
Highlight all the things I wish I never said (Stop)
If feeling makes you stronger, I'm the weakest
That would mean I would have to separate from my beliefs
It's not a secret, I'm a puzzle, got a lot of missin' pieces
Underneath this strong persona, I put on a kid that's screamin'
Aren't these waters so deceivin'? (So dеceivin')
They look differеnt, don't they?
Well, at least that's how they seem to me
'Cause we just drift and drift and drift
Until we see something that we define as peaceful
Grab the needle, shoot reminders in my veins
That people leave you when I'm driftin'
Watchin' the world go 'round
World go, yeah (World go 'round)
Listening
To unfamiliar feelings and unknown sounds
Unknown sounds, unknown sounds
photo 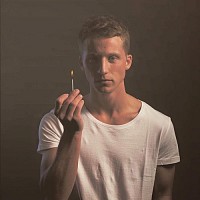 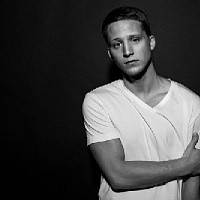 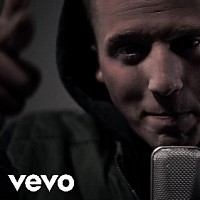 Lots of gossip, I've been watchin' you
How you're talkin' to yourself is rude
Driftin' I'm in the same boat as you
Sinkin', dreamin', screamin' for some truth
And (My, my) escalator's broke, I'll take the stairs, I guess
Climb until I'm outta breath
Questioning my every step (Woah)
My train of thought is leading me to different tracks
Positive that where I'm at is not where I should stay and that's (Why)
Told you look into the mirror and say, "I love you"
Convince yourself that no one in the world would ever want to
Passin' by the people that have been there to support you
From the get-go, disrespectful, drive you mental
Might get stressful when I'm driftin'
I see you in the distance
Askin' me why I'm so distant, I'm convicted
I'm convinced that I predict that all my wishes on my wish list won't be heard
'Cause I'm committed to the lie that feeling safe is unrealistic
When I'm driftin'
Watchin' the world go 'round
World go, yeah (World go 'round)
Listening
To unfamiliar feelings and unknown sounds
Unknown sounds, unknown sounds
Ignorant to my ignorance
Tell me I'm worth it, God
Give me the faith to rise and help me diversify
To take a step forward, immersed in my belligerence, amplified
The feelings and words collide
Intensified by living a life deprived
I'd rather be burned alive then go back to thinking I'm insignificant (Insignificant)
Every impotent moment debated can trigger it
God is my witness definitive
Holding my head up there isn't a innocent bone in my body but that's what gives me the energy lacked to renovate
Have to innovate, past intimidates, can't remain afraid