In Their Darkest Shrines 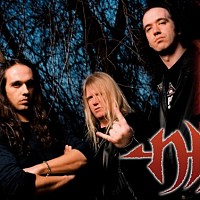 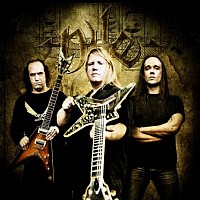 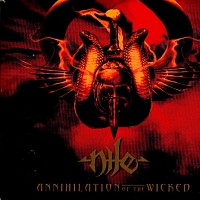 [Among the most sinister objects from the ancient world are the figurines in human shape which were used to cast spells on the persons they depicted. Such objects survive to this day usually only when they are buried as a part of a rite, and usually in the vicinity of a tomb or necropolis. Archeologist have found the remains of such rites at the royal cemetaries of Giza, Saqqarra, Lisht, and at several forts in Nubia. Stone, wax, or mud figures, or broken clay tablets or clay pots, are inscribed with lists of the enemies of Egypt. The body of the figure is usually flattened to make room for the text, or sometimes a papyrus is inserted inside the body cavity. On the back, the arms, or the arms and legs, are bound together. The inscriptions found on them are called "execration texts." These texts threaten death to specific people. Often, they include the name, parentage, and title of war. The execration texts were mainly aimed at enemy rulers, hostile nations, and tribes in Nubia, Libya, and Syria-Palestine. Magickal incantations and rites were used to cause death and suffering, and to prevent the angry spirits of the executed from taking vengeance on those who had condemned them. Usually included in these texts are long-standing enemies of those involved in the cursing rites. There is also often a catchball phrase against any man, woman, or eunuch who might be plotting rebellion. Amongst the common people, the execration rituals were carried out after the killing of a personal enemy or the execution of criminals. By killing the enemy's name, which was an integral part of the personality, this rite would extend the punishment into the afterlife. The spirits of defeated enemies or executed traitors were regarded as a continued supernatural threat, which needed to be met with magic. The wording of the texts is similar to that of contemporary spells on papyrus, which promise to protect against the malice of demons and ghosts. Those named in the execration texts are referred to as "mut" - the dangerous dead. It is also the word used to describe the troublesome dead in protective spells for private persons. The stone figures and red clay pots on which the execration texts were written were ritually broken as part of the cursing ceremony in order to smash the enemy's power. A pit near the Egyptian fort of Mirgissa in Nubia contained hundreds of such pot shards, as well as over 350 figures. Deposite of figures have been found outside fortresses, tombs, and funerary temples. The clay figures were burned and then buried with iron spikes driven through them, or nailed to the outer walls, as the bodies of executed traitors and foreign enemies sometimes were. The more eloborate enemy figures were sometimes trussed up like animals about to be sacrificed. Some are shown with their throats cut, the method used to kill sacrificial animals. The dismembered body of a Nubian and a flint sacrificial knife were found nar the Mirgissa pit. Some Egyptologists believe that human sacrifices routinely accompanied execration rituals, while others have argued that the figures were normally a substitute for such sacrifices.]

Lyrics was added by Joker

Video was added by trasher

In Their Darkest Shrines