Nok From the Future

Share
[Verse 1]
Damn, it's open season
On my people and the reason
Is if you don't make the treason
We gon' give you books and visas
Anybody out here wanna say that?
Fuck around, fuck around, we don't play that
Ok...nobody wanna hear that
How about? Terrorist wrist wrist wrist wrist sand nigga nigga WHOOOOO!
Got 'em, oh yea, that's the shit that they wanna hear
When they hitting licks with the homies they don't really care
Lemme show you how I lay it down, you know that I
Got a couple killas on the rocks
Shooter Boy 2.0 it's on lock
Nok, I never see you run up on the block
Come out to the woods and I'll *bang bang bang bang bang*


[Chorus]
First live show. Tokyo sang every lyrics
I swear you could hear it, I swear you could hear it
Twerkin' da bitch off da ceilin'
Damn, what a feelin'
Feels really good now
Throw a lot of shade now
Internet on fire man
[Verse 2]
Internet really really fuckin' wit' me
Germany they fuckin' wit' me
Switzerland they fuckin' wit' me
Tell 'em what's wrong wit' me
Nobody wanna hold the door open for me
Ok, no one invited me? It's fine wit' me
But I'm the life of the party man
*knock knock knock* Who's there?
Bitch, I'm kickin' down tha door
I'm lettin' everybody know
That i'm switchin' up the roles and I'm settlin' the score
photo 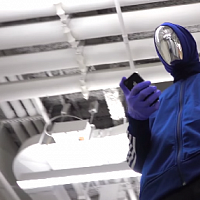 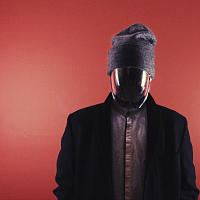 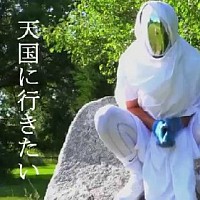 [Bridge]
Shit ain't really necessary
Cuz I see you round town in your 2012 Civic and you run up to my crib back in February
And you dap me up and you said you're up
And I said nah, but I got a hit in Europe
And he said "Damn my homie from the back he glo'd up" and
That was not the case growing up...
You would talk a lot of shit when we we're growing up
[Verse 3]
You we're shittin' one me to my girl behind my back
Said she don't believe you so I had the last laugh
Haha, so fuck youuu BRUH
I ain't ever seen another snake ass boy who got
Locked down in the friend zone
But the part that you didn't know
Is I got eyes and ears on the town, dog
I'm 730, dog, I put the killas in your call log

Lyrics was added by satori

Nok From the Future lyrics