Now And On Earth

We were such strange creatures, burning such a fever
Eager for that ether and smiling into seizures
We were both believers, we were big dreamers
The weight of this old cleaver ​
Made us grown meaner


All my clocks move in erratic beats
The clicks, the clicks, the clicks
The rhythm's rising bleak
There’s only vertigo from these huge heights
Only blinded eyes from these bright lights
That’s how I know we are
Blacked out backed out and broken down
Steady as the sun, running straight into the ground
Cut up caught up coughing up a lung
Brightened blaze and these flames weigh a ton
Can’t ignore the buzzing
Can’t turn down the sounds
Can’t soothe the stinging
Can’t dry out the drowned
photo 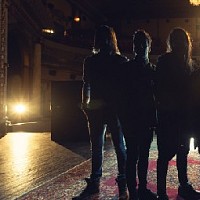 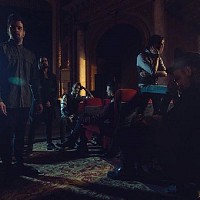 Every minute forward is another into forever
But time heals nothing, moments serve to sever
Remembering December, all the pressure
Your displeasure, your displeasure
The flowers are still wilted, blossoms dried up and died
Tattered letters received and unsent
Tracing arcs, rise and descent
Dissent, discontent; changes underwent
First impressions worn to dust; we both misrepresent
The rain turned into steam, our stitching frayed at the seams
They always say that hope floats, but ours washed away downstream
What are memories on lonely nights?
Where is the comfort, in unyielding spite?
We watch the lightning break as we go down
There's nothing here for us now
There’s for nothing, there’s nothing

Now And On Earth lyrics