Self preserved while the bodies float up and the hard luck follows
them all down the well. So unoriginal and under the spell you can
only die. Under the sun the fragilist buckle under the prejudice.
You live for stone cold war. It's not like I just walked into the school
with a gun and said you're all under arrest. You can cut the flowers
and false pretense - recorded hours of evidence will never come to be.


Never drip from this mouth this face...
Shoot so silver
photo 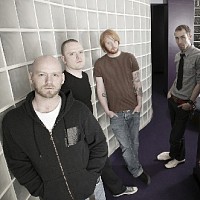 Some words of finality -
't was an isolated incident
A sham
A sham
Take from it all that you will...

Lyrics was added by FranK-CruXXX

Video was added by FranK-CruXXX