Glorification of a Myth

The orders passed, as news breaks out
Officials have declared:
"The diplomatic strain was not resolved
And once again the peace talks failed."


As head of state puts pen to paper,
A clearance to attack a new frontier,
The nation marvels
As the war machine kicks into gear.
Mobilization of grim assets,
The power of fire and steel
Escorted by an entourage of experts,
Their one objective is to kill.
photo 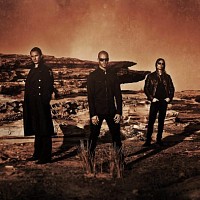 Ear piercing harmonies of grating metal,
The deployment has begun -
Commencement of offensive operations.
The enemies shall topple one by one.
Truth in the hands
Of the righteous authorities.
The rise of the just.
All targets locked and ready,
Opponent lurks in unfamiliar terrain.
The triggers click and set off the inferno
Of yet another bloody, merciless campaign.
The earth accepts discarded matter -
The ash, the blood, the sweat.
The fragments of the fallen stay behind
Awaiting their days of lament.
No price is too unreasonable
When honour is at stake.
Blood weighs as much as water
To those who don't grieve at the wake.
The war machine advances
As the money fuels the hungry fire.
The power in the hands of those
Who clench the power to conspire.
Blood on the hands of corrupt authorities
The demise of the truth.
Miscreant...
Miscreant at the helm.
The truth will always find a place to hide
In the cracks of deceptive formalities
While reliable sources rely on rewards
In exchange for distorted realities

Lyrics was added by AgnesObscure

Video was added by AgnesObscure

Glorification of a Myth