Kane rules over Iceworld, hidden in the dark.
He buys his employees and forces them to take his mark.
Mercenaries are frozen, their memories wiped away,
They will make a loyal army but for now they're here to stay.
The TARDIS crew arrive and they unite with Glitz again,
He has a treasure map he had to gamble to obtain,
But Kane has engineered it; he wants Glitz to find the jewel,
He handed him the map but hid a tracker in the seal,
The girls escape with nitro-nine,
The Doctor's life is on the line.


We're off to find the Dragonfire,
Many a person's one desire,
Is it honour, or treasure, or something more
That we are searching for?
The dragon shooting lasers shows that it is a machine,
It holds a special secret which till now remained unseen,
The hologram explains that Kane was forced into exile,
Iceworld is his ship which is fuelled by the Dragonfire.
The dragon has the jewel in question hidden in its head,
It protects the TARDIS crew but shoots all Kane's supporters dead,
Two officers have second thoughts and try to get away,
But Kane sees through their treachery and both are quickly slain,
The dragon is Kane's jailor, though
It is the way to get back home.
photo 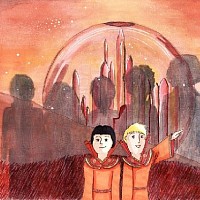 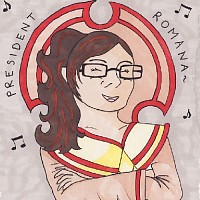