No religion, all I follow is my feet no psalms,
As far as holy water I would need a bath,
Even breathing stressing he didn't even ask,
So far passed stressed that I can't even see the art?
His is as I am truly, high at times I'm ruly,
My minds screwed, and my moods blew as?
Add to that my heart isn't good I lie to these groupies
Like I like em I don't like em I just like to get the goodies
So disrespectful giving your chick a neck full, of salty water,
She sorta looks like she bit on a pretzle,
Skilled I'm passed that, I'm past them,
Got that lemon pass that
Then you lucky if you see it passed back


Never trust a man with two phones,
You could'ntthrow Pro Green like you'd throw two stones
And Pro Green knows, I'm in the gap in this market,
For the gafts and sharp with, I laugh it off partly but,
Have to start to think, no parteners in this,
Just a part of the business, after the party is finished,
We part with a wish, Danny Dyer eating Paella
In that dire dwelling
So badly wanted out, one more try on the selling,
The 80's dream was the fate of our scheme,
Me, Ted Mayhem and team
In sport we were taught to be sporting,
But in law we were courting something,
But don't rate me in the 80's
We were naughty in the noughties,
There's a parroty, now I see, that's between charity,
I beat you at your peak, I'll beat you on the beak,
Ask me anything, many men end here,
Many never made lengths, I'll tell you when your spent
Now you care for me
You see it Mike, they think I speak as nice
But I don't belive the hype,
Now you care for me
Them man are idiots, there's no defeating us
Soon they'll see that it's a (crying game)
photo 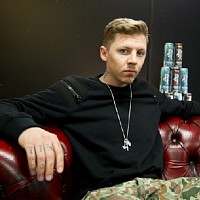 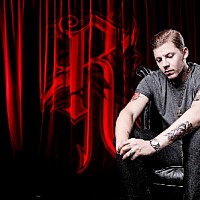 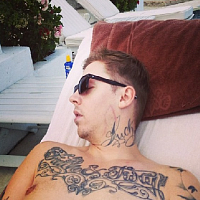 I'm on jet fuel, them man are on fumes, dizzy,
I guess them man are on shrooms,
I'm as bad as an animal got loose
It's sticky in the manor?
Oh when your moving Mike, why you still moving why?
When they look at you like when you move,
Don't matter what you do with the mic,