So listen
Its only right, if get into some like, ill freestyling right now
So I'm going to play a joint, its a bit different though
I-I-I-'m not going to go with the usual, like "yeah yeah all of these beats"
I got this joint *SICK*, but I don't know about
I'm definitely feeling it right now, I want to see what you do over this
This is Semtex!!


Ok this is a little different
*SPIT, SPIT, SPIT*
photo 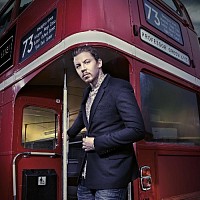 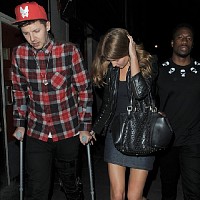 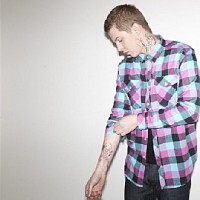 Know who I be
And you ain't listening to homegrown
You're listening to potent weed
You know who I be - I'm Pro
Kick it sick even when I'm spitting like Mike Jones
Yo, the flows never brittle you can never break it
I spit the realest other rappers are the fakest
I make this up on the spot and keep on flowing
And no, I'm not going to stop, I'm going to keep on going
Talk my name and I'll slay you
Me and rap go together like Kate Moss and glass tables
Talk about Rhymefest? That's kinda easy
For starters, he rhymes dead
On the mic, his rhymes are all dead
He looks like he's growing a fetus inside his forehead
I'm the sickest to prove that I'm the sickest at this
When he was born he split his mother in two
Cause his head was so big, the flow is so sick
Everybody knows Pro is no prick
And I ain't legit, and you rappers are all fags
I still got skunk right by my ball bags
Even though I'm on dial, that's a dangerous statement
Everybody understands and knows what I'm saying is real
I'm the realest one to spit this tight
Everybody knows I rip this tonight
They'll probably rip this and put this on internet websites
I'll wreck tight, everybody knows when I get mics
I don't stop you have to tell me to slow down
Mark Skinner and The Streets, they're a dangerous influence
Drugs? Before them I wasn't into her
I'm blinded by life like Mike is
Before I drop three of them speckly white things
He makes my eyes look like ten pence pieces
When he gives me pills - I'm joking I shouldn't say this
You're all laughing and making it hard to spit, but drugs are hard to quit
Especially if you've been smoking since the age of 13
Everybody knows me from a yout, I burned weed
That's how I got the name
I'm in this game cause I can do it - it's easy
To me it's like fluid
Flowing through my veins that's how consistent it is
Everybody knows I rip when I spit
I'm the sickest shit
Yo, I'm not funny, I spit hot shit like my arse does after a curry
I'm the illest in here
Everybody knows I ain't no queer
But some people say I'm gay, some say I'm a racist
I say they should shut they mouth and not say shit
I just spray this, the illest with a flow
You don't know me, I'm still the illest that you know
Yo, I got the sickest of flows
Ain't nobody else ever won seven weeks in a row
Yo, you know that I'm nice, I won seven weeks in a row
I took the piss cause I did it twice
All these other MC's be rapping my name
I'm like "I ain't listening blud, their rapping is lame"
They ain't nothing to me, ain't nothing to P
I'm like relaxed, at home and puffing the trees
Believe I won, I was laughing
Kicking back in the bohemian sun
What I paid to go to-
Oh wait, I mean I didn't pay to go there
I got paid to go there
Its like no fair, I'm killing it
Everyone knows-