All the pool hall, hustling dough
I'll beat the pansies and then I'll go
out to the bar, to pick a fight
maim some redneck then hit the night
why am I always in a mood like this
I don't know, ain't no psychiatrist
this nagging feeling, that I've got won't quit
I feel no pain and I don't give a shit


Left, right, fight-taste the floor
two, four, move-out the door
Music magazines with fags on the front
they dress like women, their message is blunt
they make their money, but they're doing it wrong
kissing ass and writing radio songs
bying their records and seeing their shows
the general public likes their panty hose
I'm not as young as I used to be
but I'll still be thrashing at a hundred and three
(you'll see)
but they think I'm psycho, they think I'm deranged
I wear my leather, but I'm not that strange
I walk the streets but I hate what I see
like a book by it's cover, they're judging me
(fuck off!)
photo 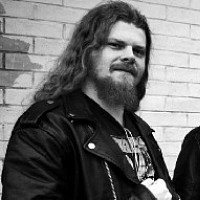 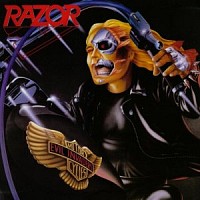 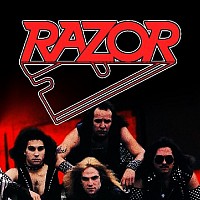