[Meliodas - Rustage]
Cracking bones when I'm snapping foes
Then I'm forging paths
Attack with clones and I'm stabbing loads
I'm the sin of wrath
I'm the captain of the seven deadly, ready the confetti when we
Slaying hordes we messy better deal with the aftermath
Son of the demon king, I'm a traitor
Tell the 10 Commandment and my brother seeya later
I'll unleash and make a crater demon excavator
Rock the planar, don't complain against the chief eradicator
Repeating I'm back from the dead
Sanity slips in my head
I'm full of dread
Clinging on to fragments I'm holding on to the threads
You harm Elizabeth, I'll come and leave you flattened
Shoot of like a canon
You're facing with a dragon


[Ban - None Like Joshua]
Stealin a bit of energy from the other sins to give it all
I'm putting on a performance like we playin the Vaizel festival
The sin of greed has seen a lot of things to make me cynical
But I would die for Elaine and all my friends
Over and over, I'm immortal
Snatchin your weapon and taking your heart in the
Battle we're fightin, now gimme the loot
Goddess will promise to give me the love that was
Stolen from me then I'll give up the group
Scars on my body from being too selfish
I got to sacrifice for him and prove
I won't let anyone take out my captain unless it was me
Commandments will lose
If you want to kill me, then my life I can throw
No I'm never staying froze, even King got to know
Demon in the war, and I beat em with a pole
It's team Meliodas, power level grow
Moving too slow and your energy is low now you
Lying on the floor, wonder where did it go?
I don't even care if the blood's on my coat cause
I'm red with the passion I'll be bringing to a foe
[Diane - Daisybanaisy]
When I step into the battlefield I shake the ground
When I grab your limbs you're gonna hear a breaking sound
I'm impatient so I'm never gonna wait around
When we're facing crowds they need taking out
Cus I'm a giant
Sinning cus I'm defiant
Attacks won't make a dent, skins harder than a diamond
When it comes to fighting I'm gonna cause riot
Our battle is the opposite of David and Goliath
Cus I'm
Hitting em with Gideon in single swings
I'm a queen, on the scene, with my partner King
When I'm ready full of envy, yeah, I play to win
Spitting venom in my lyrics
I'm the serpent sin
photo 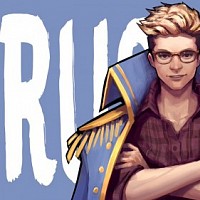 [King - Shwabadi]
What's that? It's a bird with horns
Nah, It's Harlequin with the Chastiform
Got configurations that'll leave you sore
And this spear is likely to break your sword
Ha, step to royalty, you're gonna wind up on your backside
I've got loyalty, protector of friends and my own kind
I got love in me, attracted to someone your own size?
That ain't likely, see, I've fallen in love with Diane's smile
Dispatching demons? Man, it ain't no thing
I've been hatching mad plans to see them falling
Fairies, giants, humans, hear them all sing
The pariah! Knew him as hero called King
[Gowther - Connor Quest]
Sin of Lust, I just want to know the meaning of a friend
Can it be diagnosed scientifically with tests?
People try to explain it
If only I could understand them
Wish I had some human puppets that would follow my commandments
Might of messed with some memories
Didn't mean it maliciously
If the method was mutinous
My mistake, I just like mystery
Uncovering the secrets of love, It's the deepest cavern
Also I look damn fabulous in this outfit from the tavern
Though I'm slow with emotion I can still go in with the blow
So if Gowther is in the zone you know that victory is close
If you want to butt heads over who's statistically the best
May I simply remind you
That I am literally the G.O.A.T
[Merlin - Savvy Hyuga]
I see you think you're a trophy
So hang it above my mantel
The power you feel from me
It got you at a standstill
Looks can be deceiving
Now you know I'm far from fragile
All that confidence you had
Easy to cancel
Released the mage from her cage
And now you got her enraged
You wanna talk about age
Well I like playing this game
So when I take you away
You know I have much to gain
Entered my domain
You'll get used to the pain
Should've stayed in your lane
Cuz now I'm picking your brain
Won't let this dog off his chain
I got the knowledge to reign
No slain done in vain
You better remember the name
Everybody's top main
As a queen with no shame
[Escanor - TVKE]
Bullied by my bro, but didn't mean to retaliate
Banished from my home, death was creeping right along the way
Alone inside a barrel, I was what they were scared of
Then joined the chief Merlin we merkin' who wants to tear up
I'm so thug that I would pop you when the blaze lights
That means you'll get the guns when it shifts into day time
I'm a god
Power roaring like a lion
Don't even try to fight when Escanor gets to slicing
A human Deity
Smashing right through ya dignity
Your stupid trynna play with me
I'm hurting these enemies endlesssly
You think you can pick up a knife, in this fight
Then try to swing at me?
Seriously, is that all you got?
What a pity

Lyrics was added by Parerion

Video was added by Parerion