Too much, to pay with
Your eyes
Tougher

So I took a job on the way to survive with the guys
Through the city every night now, make it size
Get a miss, catch a vibe, ayy
Take the vision, touch the sky, ayy
Hallucinations never lie

I hop out when the sun don't shine
I shoot 'em up, god damn, goin' blind
Runnin' to the South, gettin' flyer than a kite
Nah, this absence turning my house [*bleep*] into a Balmain
photos 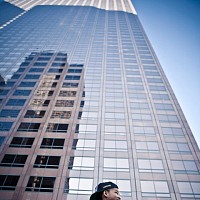 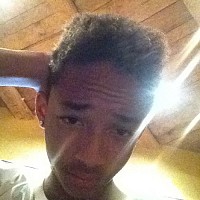 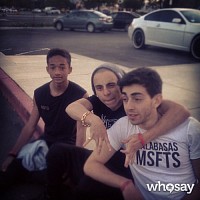 Vision, tired of the skies, in a twelve hour flights
Nigga trips to Dubai when we supposed to hit Hawaii
They think I care, I really don't know why
Cryin' in the sunset, that's a different guy
Look, I just throw the money to the sky
Look, thumbin' with the hunnids every night
Look, I confront my demons now they on my side
Look, you look at my mind and you get traumatized, yeah
Couldn't stop goin', pullin' up in that Panther
ERYS talk to 'em, everybody want answers
I'ma print it on a patch for 'em, (woo, woo)
She told me push the whip faster, (woo, woo)
Flying saucer, throwin' cash and the bands with
Everything charcoal, make the city our canvas
Whole county goin' up (Up)
And my face stuck 'cause the vision in my cup
Slick with the whip, top until you can't touch
I gotta do a lot of stuff (What)
'Bout to build a neighborhood and pop it by the cut
That's why I been doin' and I get tired of rappin' tough
Puffin' down, I'm in the club got them jumpin' up (Let's go)
And I'm, feelin' drunk
And he lookin' slicker, [?] but enough
He ain't number one but he the illest runner up
And he rollin' with the kids, he don't really give a-
I hop out when the sun don't shine
I shoot 'em up, god damn, goin' blind
Runnin' to the South, flyer than a kite
Nah, this absence turning my house [*bleep*] into a Balmain
Allo, t'es là?
Oooh
Tu me manques, tu me manques
Oooh
Dis-moi où t'es?
Ooh you make me think of you
This makes me think of you
I don't know why we don't know
These feelings in me I can't lose
I don't cry when the sky isn't blue
'Cause I get to thinkin' of you (Je t'aimes tellement)
Les gens disent que j'pense toujours qu'à toi mais j'suis pas là
T'es là?
At times, it's dark
This shit sucks tonight, she's so
Within your touch
Two drinks, some wine, because of you
Bookin' that flight to you
Lockin' up, eyes with you
Love without, hides the truth
I'm just a runnin around
Running around
And running around
And running
Runnin, runnin, running around
Oh it's past time, I'm thinkin' of you, ooh
You, ooh, woo, ooh
I just wanna hold you, I just wanna feel you
Nothing really matters, if I'm not bein' real with you
Oh, ooh
I just wanna hold you, I just wanna feel you
Nothing really matters, if I'm not bein' real with you
Your eyes are a bit blue and a bit green something in between
Stuck in the sea
Allo, t'es là?
Tu me manques, tu me manques
I just wanna hold you, babe (I just wanna hold you)
Je t'aimes tellement
I just wanna feel you, yeah (I just wanna feel you)
T'es où? Reviens s'il te plaît, reviens
I just wanna hold you, close (I just wanna hold you)
J'ai besoin de te voir
All the times, it was snowin' up in Pa-
Last night
All on my mind, I don't ever wanna leave you
Your love is enough for me, I wanna take you to the beach, babe
I will tie us to the seas
Ooh, ooh, oh
Ooh, ooh, oh
Ooh, ooh, oh
Ooh, ooh, oh
Ooh, ooh, oh