Soundtrack - All About Steve

She was a woman of her word, she was a fighter of crime
She looked good in a hat, she had a natural way
With tools and no car she went to UCLA

And everybody said she was as crazy as a loon
And she was a girl she'd spend every afternoon
Sitting in her backyard pretending to be
A fighter ace in the Japanese military
She liked to make up her mind, she kept her feet in the air
She wore her heart on her sleeve, cause she'd found it there

And it was all well and good until she met this young man
A young pilot named steve with a beautiful tan
He spoke english and french and swam like a swan
He had a mouth full of teeth and more style than Ce'zanne
He could talk to the bees, he could breathe in the air
He wore his heart on his sleeve, cause he'd found it there
photo 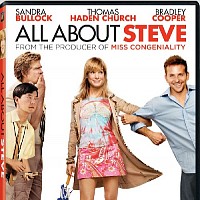 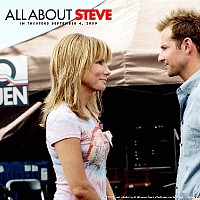 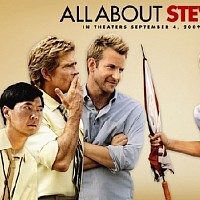 And they'd sit in the trees and they'd talk thru the night
While the blind moon swam in the pale starry light
And they talked and they crowed and they told what they knew
It was better than beer, it was all strange and new
There was grass all around, there was black up above
It was more than hello, it was something like love
And I don't know why life, it seems to be
So hard for dreamers like you and me
When love is, love is, love is everywhere

Lyrics was added by katygirl11

Video was added by katygirl11

Soundtrack - All About Steve lyrics