When The Guns Come Out - lyrics


[W.C.]
Racket, racket, comin' out of the back end
Dead at you, he throwin' the hot lead at you
Swang affiliate, X.O. sip, a gold getter
With the rest to gather, my cold killer
It's "Me Against the World" like 2Pac
And like Biggie, I'm "Ready to Die" for what you got
Got a crew with killas behind me, I'm grimey
I'm one of the big body, blowin' cushions where you can find me
For figures, we bust triggers, who could fuck with us?
Dub, E-40, Christ Bearer, plus RZA
Stick you with the Blade, we gots to get paid
And for the moolah, we intertwine like French braids
And I can't fight the feeling like one way
When it comes down to this gangsta shit and gun play
For the loot, we compute it, quick to shoot it
So hit the switch, punk blew it, and bang the music
[Hook: P. Dot (The Reverend William Black)]
I don't care what it takes, we gon' make it
They say the chains too strong for us to break it
Willing to do what it takes for us to make it
And we can overcome anything we faced with
(We are soldiers after all, down by honor we won't fall
After all, all, all, all, all....)
photo 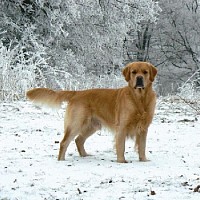 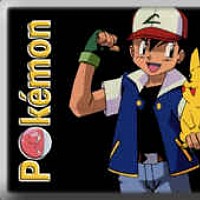 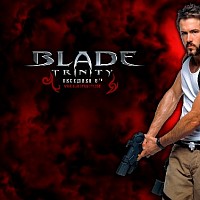 [Christ Bearer]
When them guns go off, bitches hit the floor
Or then forty four slugs gonna hit you, ho
I don't care what it takes, I pull out a gear
Fuck the snakes, and Kurtis Blow with The Breaks off
Artie Murphy and the Petty Coat Junction
Get two thirty off the head with cold dumplings
Niggaz jump when the AK bark
Crystal grip pump, make the gun niggaz spark
You dig? Niggaz ready for war
Been carryin' the world for so long, it ain't heavy no more
And even when the sirens roar, I taught the violence gore to start firing more
And when we run out of bullets, and you still want static?
I grab the three eighty and pull out the automatic
We better get the money, for shootin' Mossbergs and Beretta's
Niggaz ain't shit funny, when it comes to a brawl
Suckin' Northstar, trippin' in
Guns go off, y'all know y'all strippin'
[Hook: P. Dot (The Reverend William Black)]
Willing to do what it takes for us to make it
And we can overcome anything we faced with
(We are soldiers after all, down by honor we won't fall
After all, all, all, all, all....)
[E-40]
Look out peon, we might of lost the battle, but we won the war
I grab a bullet, travel, bodies hit the floor
Can't be scared of your shadow, you gotta have heart
Killas on my soil, will turn off the lights and park
Get out the car, unlock, fill out the chopper and let it chop
Walk off like nothing happened, give a fuck bout a cop
Touch you with the Blade, take off your toupee
Put my dirt in your glocks, sometimes I do my dark in the day
My momma didn't raise no sick, she raised a beast
And I can't rest til my enemies rest in peace
The bigger they are, the harder they fall
Run up on me, I'ma knock the hell outta y'all
My back against the ball, strappin' and jackin', I'm puttin' hands on 'em
One hitter, quitter, bob & weavin', karate stance on 'em
Dance on 'em, ran on 'em, and land on 'em
Put my brand on 'em, stand on 'em, because I can on 'em
[Chorus]

Lyrics was added by Roux