You weren't bor out of time, the time went out on you
Stare into the mirror, see yourself broken in two
The ropes you thought you held are at your neck
biting into your skin
There's no compromise, dying is a way of living 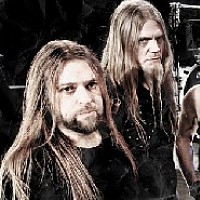 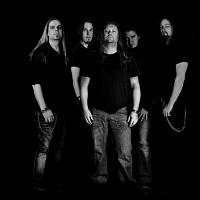 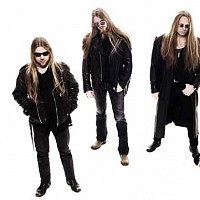 What's behind your downfall? Too many bolted doors
Do those who locked them see you walking on all fours?
Pride overridden by a feather, an easy prey
Here's a cruel joke: every dog has it's day
Feeding on crap has become an emptyheaded reflex
Here's your contract, read and weep
you signed it with an
Living in the sunken graves... Heartsoil of misery
You're trying to ignore your mouth that's filled with mud
Trying to get drunk from the bitter menstrual blood
The only transparent wall is the hardest to break trough
Who did this to ya, who? Nobody but you
Living in the sunken graves...

Lyrics was added by Reddi

Video was added by Hippie-Lucy