Jafar:
I've gone against my sultan, the highest act of treason
but I had good intentions, I did it for a reason

They'll kill me if I'm lucky
They'll torture me if not
What made me think that I could get away with such a plot?
It's not too late to bring it back
perhaps I'll be forgiven

But if my crime can help improve the world we all must live in
Am I not bound by duty to the people of this nation?
photo 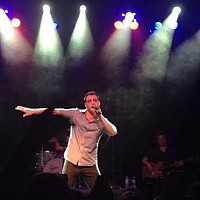 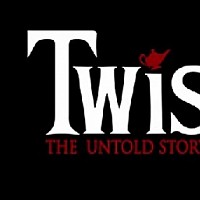 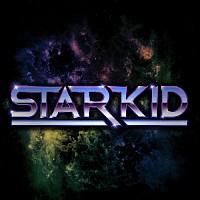 How does the golden rule apply in such a situation?
As a citizen, I think I would be grateful for the aid
but if I were the sultan I should hate to be betrayed
whichever road I take I'll be incurring someones wrath
Til now I've always travelled on the straight and narrow path
temptation may have beckoned but I always have resisted
but which way do I turn?
when the roads become so... so...
Ursula:
Twisted?
Jafar:
Who are you?
Ursula:
A fellow traveler, down the twisted path
Jafar:
No, I know you, from Sherrezade's stories!
Ursula:
You think you know me,
as others think they know you
but! there are two sides to every story
I used to be the ruler of the ocean
I was benevolent and always kept my word
but my brother held the antiquated notion
that women should be seen and never heard
So he dethroned me then disowned me and on top of that resoled me
To the outskirts of the kingdom in a cave
Took my scepter and my crown
Though I tried to take him down
The truth and I now share a watery grave
The story lingers on
But the version that is drawn is
Twisted
Scar:
(spoken) A pain I know all too well
The pride had never seen a more progressive king than me
both lion and hyena lived in perfect harmony
I brought an end to what had been a senseless age old feud
I was prepared for anything, except for what ensued
My brother ate my heirs, my precious cubs and stole my throne
returned the segregation and the hateful ways we'd known
though I advocate for unity I always was denounced
so when I saw an opportunity to right the wrong
I pounced
The pride came before my fall in a fate that one might call,
well, twisted
Scar: They weren't ready for my ideas
Ursula: No, they didn't hate you because of your ideas, they hated you because of
that evil looking scar on your face, fortune favors the beautiful
Gaston:
Au contraire!
My only crime, was love...
In town it was only she who was as beautiful as me, on the inside
but then, tragedy struck
she was taken hostage in a castle filled with demonic furniture
so, I did what anyone would do and I organized a rescue mission
But how was I to know that she had fallen in love with... her captor
to me that doesn't seem... entirely healthy, especially since he's a wolf-bear-thing?
But the heart wants what it wants
and sometimes what it wants is twisted
(Twisted twisted twisted twisted)
Ursula: I only wished to reclaim what was mine!
Scar: I only wished for equal rights for all!
Gaston: I only wished to save her!
Maleficent: I only wished to be invited to the party!
Scar: I only wished to improve relations between the races!
Hook: I only wished to teach the boy responsibility!
Ursula: I only wished to give the people a voice!
Hook: so he wouldn't end up like me!
Gaston: I only wished to love her!
Ursula: to help the miserable, lonely, and depressed!
Maleficent: to be included!
Scar: To live in harmony!
Maleficent: for once!
Hook: I never knew my father!
All: I only wished I only wished I only wished...
Cruella: I ONLY WISHED TO HAVE A COAT MADE OUT OF PUPPIES!
Scar: You're not helping, disregard that
Ursula: It's an unfortunate situation but, you do have a choice...
Jafar:
What remains of a man, when that man is dead and gone?
Only memories and stories of his deeds will linger on
But if a man's accomplishments aren't in the tale they tell
Are the deeds that go unheralded his legacy as well?
If a war breaks out tomorrow, we'll all have hell to pay
Why protect my reputation? I'm a dead man either way
How will they tell my story?
How will they tell my tale?
Will anybody even care?
The question then is whether it is nobler in the mind
To be well liked but ineffectual
Or moral but maligned
I'll never be a hero!
All the citizens adore
But if I hide to save my life
What has my life been for?
What has my life been for?
The road ahead may twist
But I will never swerve
I'll give them all the unsung anti-hero they deserve
I've nothing left to lose
so the only path to choose is twisted
And then twist my words
Let the people scorn me
Who cares if no one will ever mourn me?
Let them bury the signs of the story they'll never learn
Let the truth be twisted
Let my life be twisted
I'll be twisted it's my turn!

Lyrics was added by geeemily

Video was added by Jeremias