[Intro: Tech N9ne]
[Groupie:] Um, I normally don't do anything like this (mhm)
But, um when I saw you in the club
I just thought, I had to try something different! (mm hmm)
I normally don't take anyone home on the first night (mhmm)
But you look so, good to me
[Tech N9ne:] Shut Up, take off your clothes


[Verse 1: Tech N9ne]
Lay down on the mother fucking bed, like I said
Im a different kind of nigga, like to spread bloody red
From banging the thing Im a tame when you shed naughty legs
Im geeking
Cause you peaking with my head
Leave you dead and leaking
Im a killer, but instead of a machete
I got my dick, Im a drill her
Then Im a wet her with the steady
A proper check up speedy
Like Andretti hit the crevi
A lot to pick up, Betty gotta be ready for the yetti
To eat, my kind of meat, find mine to feat
But climb N9ne the beast, Its my time to feast
Einstein N9ne slime the sheets
Im tryna design prime dime Szechuan the beef
She whine the least
Rewind the beat cause T9 he grind the freaks
Putting your mother fucking feline to sleep
Cannibalistic with her I'm hoping she don't mind the teeth
You invited me in
Gimme the Henny, lemon and sprite and the night'll begin
You ignited me when you stated you sighted me when
I was painted up so you came on up and kited my sin
Til the morning light, it was on tonight
You met a DK-N to fucking bone you right
Clones'll roam you might, be surprised with the vibe
But I'm leaving paint on your pillow meaning I was inside
[Hook: Tech N9ne]
I ain't finna seal your fate
My aim is to kill your hate
We gon' drink 'til you can't feel your face
Then I'm leaving paint on your pillowcase
photo 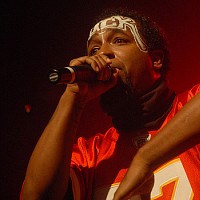 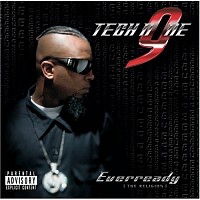 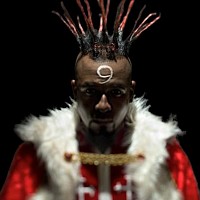 [Verse 2: Acie High]
I’m smooth nigga, live nigga, pimp nigga
When I told her when she asked bout my motherfuckin' face paint
‘Cause bitch, it don’t matter what you think
When the drank, get up in your tank you won't say Ace Can’t
A little bicker and a little more, then slit her a little more
Liquor to get the whore, to straight skank
Fuck you because I do it with a little fluid
Later she gon feel real stupid like a play prank
‘cause I know about the hole that was in her
Know she a sinner, oh, no beginner
Hungry ass ho went low for that dinner
Told that ho no, ‘cause my heart cold like winter
Yes, so, ‘cause she’s a freak, and ig'nant
Born the whore into streets that’s gettin’ it
One in four creeps just hittin in, so I told the carnivore, eating my meat is a privilege
Can dick her down, dick her, dick her, dick her down
But if I dick her down, then a nigger will never get the crown
But if I get a picture wit her on that liquor lick her down
Then her licking down then she will never bring a nigger down
And her being a saint is erased, and the next day she’ll be in a tainted place
Some that she can’t escape, but I can, even with a trace of my painted face
Uh, boo, don't be afraid, you mind if so making you naught
It's just a joke, not a dick, so don't take it so hard, ha!
[Hook]
[Verse 3: Aqualeo]
Lust - the sin that brought us all here
The one we love the most, but yet its the one we all fear
Sometimes sadistic, it gets mystic and then trends are twisted
Bodies in exquisite positions, that’s so illicit
Illegal to exhibits, solicit, yet we exist
In a thrill and all sorts of feeling we get, that’s so implicit
Why people risking their life, depinction husband and wife
To get closer to the true vice that brings us eternal life
The paint left on your pillow, the stain from off the face
The one you see in your dreams when you’re aching below the waist
The devil was giving horns, but the nature from which was born
Every person that’s ever lived so give praise to the god of porn

Lyrics was added by Demniox

Video was added by Demniox