Share
The once untouched prey was wrecked,
While treading the damned path of Thanatos.
To imbibe the Unknown
And absorb the power of Mystery
Were its eager yearnings,
The ultimate reason for
Pursuing from abyss into abyss,
Gathering misdeeds and zests.


So woeful was the quest.
So concealed was the enigma.
Never had the creature imagined
Such a spiteful and cunning foe.
A dreadful curse awaited (ab eterno).
Thanatos - the god of death-
Defeats mankind with a sole howl.
A sullen tomb of thorns is his realm.
What infinite woes and whimpers
Does one endure under Thanatos' curse!
If the prey wants Mystery and Unknown,
Thanatos' path is the way to follow.
However, there are some bestowals...
photo 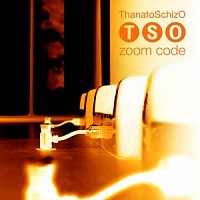 The conquer of the Unknown...
Facilis est descensus Averni