[Intro: Dr. Dre]
Check this out, we've come to the last and final record
This is Dr. Dre in full effect, and we gonna kick it off a little something like this
We got my mella Yella boy on the drums
We got Stan "the Guitar Man" dropping the rhythm
We got LA Dre on the keyboards
And I want the whole posse in this muthafucka to rock on this funky ass beat we finna drop, aight
So Ice Cube, you the early bird on this muthafucka, run it!


[Verse 1: Ice Cube]
Picture a nigga that's raw
Amplify his ass and what you see is what's on
Motherfuckers I slaughter, blow 'em out the water
Word to me, fuck the father
My melody is deadly as a pin in a hand grenade
5 seconds before you get played
You can't throw me, I guess you'll blow up
Ever see a sucker scattered? It'd make you throw up
Then I take advantage, you can't manage
To get up, all you can do is sit up, I get lit up
Hit up, Ice Cube tear shit up like a dude you can bet on
Collide like a head on
Collision, stutter stepping is an incision
Of a nigga saying exactly what I vision
Because I'm gone, you think I left you all
But I stay in yo' ass like cholesterol
When I blast, I'm solid as Alcatraz
And if you escape, you better swim fast
'Cause I'll catch ya, physically and mentally
And the capital punishment's the penalty
Sit in the electric chair, grab a hold
Pull the switch, your body twitch, your eyes explode out your skull
'Cause being dull on a flow is a N-O
Niggas didn't know that I can go
Off and show off to throw off the law
Turn, take 10 spaces then draw
What's left is a motherfucker dead in the alley
Ice Cube is the shit on The Grand Finale
[Interlude: Dr. Dre]
Yeah, yeah that was funky
But now we need the muthafuckin' Ruthless Villian to speak
So kick it
photo 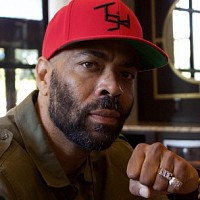 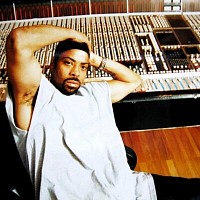 [Verse 2: MC Ren]
The Grand Finale, yo, it's my turn to bust
So let weak muthafuckas turn to dust
If you're weak, it ain't your fault
Just take a kick in the ass and get turned into a pillar of salt
And niggas that bite me just to taste me
I make the punk muthafuckas buckle up for safety
And those that don't, they caught from the flash
And swing like a bit when he's caught in a whiplash
Giving him pain 'cause I'm urgent
Rearrange their muthafuckin' face like a surgeon
It ain't no excuse for the torture delivering
Don't say you're not scared, yo, I can tell 'cause you're shivering
Lyrics label wit an X and not a G
I said "Fuck the police", yo, so now they after me
I'm wanted by the law so I stay low
Representing the pimp while bitches make my dough
In a different stage, I must've went on a rampage
Me and the Doc are always hitting the front page
For one, the Villain is stepping up to the shelf
And when I enter the party, niggas shit on themselves
And for what? Maybe 'cause I'm Ren
And when they clean up their shit, yo, they do it again
So fuck it, sit back cool and relax
While Eazy busts the facts kicking The Grand Finale
[Interlude 2: Dr. Dre]
Yeah, y'all know what time it is
Eazy muthafucking E is in the house doing damage
[Verse 3: Eazy E]
They made it Eazy for me to come off like the enforcer
Mass murderin' muthafuckas in a course of
An everyday situation where I would stalk by
Fuck a car, I do a motherfuckin' walk-by
Eazy-E and the D.O. to the C. and
Run house and yo there'll be no disagreeing
'Cause if there is some, you feeling staticy
Then I'm arrested (For what?) assault and battery
Never outdone, only outdoing
Loving the bitches and leave the hoes boo-hooing
Why? 'Cause they're addicted, to what my dick did
The pleasure and pain the wing-ding inflicted (Yeah) They'll never forget what's done in bed
By Eazy, the name of a Compton hard head
Cool, but loco like Loc never broke
'Cause it pays to be Ruthless, this is why I do this
I don't give a fuck about fame
I rather deal with a number than a motherfucking name (word)
Get me paid and then rap
'Cause all that other bullshit without money ain't jack
Eazy but not that Eazy to deal with
Especially if you're poppin' bullshit
The E-A-Z-Y and to the E
Expression of thought on the motherfucking Grand Finale
[Interlude 3: Dr. Dre]
Yeah, that shit was funky
Last but not least is the muthafuckin D.O.C
This is your album, so that means you definitely got to get funky, so run it
[Verse 4: The D.O.C.]
Swinging, singing a brand new rap
On a rhythm concocted by my homie in the back and
If it makes you giggle, it must be kinda funny
But to me it's kinda cool (Tell 'em why), I'm making money
Tripping off the man wit the swift hand movement
Proving if you're grooving then it's cool when he be doing it
Taking a second for me to blow your mind
'Cause I'm the diggy diggy Doc and I would've been down with rock
But I was smart, the D.O. to the C. knowin' the formula
It's rough, I mean it's funky enough for me
And you can have a listen, helpin' and some dissin'
D-O-N-T M-O-V-E yo without permission
From the D.O. to the C., I'm just better than
The normal man and I'll be damned if a sucker can
Ever compete with the elite, much less speak
It's like dancing with two left feet
Never smile when the Doc is in the room
Or I'mma send ya ass right to the Temple of Doom
I got raw when I came to Cali
Now I'm wit N.W.A. on the muthafuckin' Grand Finale
[Outro: Dr. Dre and D.O.C.]
Yeah yeah, that shit was stupid def
But right about now, we gotta send a shout out to everybody that helped put this muthafucking project together
That's word. Word em up. Peace is dedicated to the homeboy Eazy E, Ice Cube, MC Ren, DJ Yella. And these are all the homies from the gang NWA, yahmsayin
LA Dre!
Stan the Guitar Man!
Donovan!
Michel'le!
DJ Speed!
My homeboys Yomo and Maulkie
The super-dope manager Jerry Heller
And of course the rest of the Ruthless and Comptown posse
Word 'em up!
[Shutthefuckup! Ahhh!]