[Intro]
They said it was all about knowledge
And know I feel like I got most of it all
Dre, drop it!


[Verse 1]
Parental discretion is advised when The D.O.C. gets candid
To move like a one-armed bandit
Arrange the tempo when I go solo
The beat and the cut to a rhyme, and it's oh so
Raw, cause you want to jam, then you go "Damn, he's good"
And you're right, cause I am
And I'm strong, strong enough to reach them
They said they wanna learn, so I'm a teach them
Amplified by a microphone, my point is known
So yo, leave the pad at home
I'm down with the sound so much that I can feel it
If there's a deal to be dealt, then I'll deal it
I'm on a roll, that's word to the father
Chumps want to break, but I tell 'em I don't bother
Char the memory of all who saw the
Last of the concerned, I burn like lava
So in sum you break, you broke it
And I'm smiling, but not joking
Secrets are told, fold but never did
With the knowledge as strong as a whirlwind pyramid
[Hook]
Whirlwind pyramid
photo 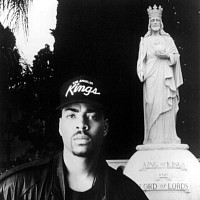 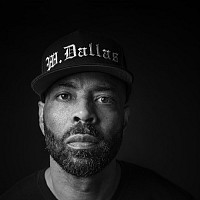 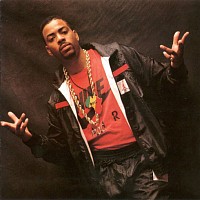 [Verse 2]
It was mandatory, a righteous editorial
Cause my sport is like part of a memorial
Knowing the whole, I was told through a pole
I have the juice to make vinyl gold
Servant at your service, never nervous
Why am I claiming The Great? Cause I deserve this
Title is vital, I receive directly
So I don't have to deal with suckers trying to check
T-R to the A-Y, do they have to be warned? Just try
And I'll start crushing without discussion
Checking the crowd with the rhymes I'm busting
Cool, a quality I have to mention
Gaining with the dope comprehension
I move the crowd, so I make it my bid
Pop the lid, yeah, see a whirlwind pyramid
[Hook]
Transform
[Verse 3]
Hold it, you're a step off the pace, so catch up
And if you're sittin', get your black ass up
Dance to the rhythm, let it move your pants
And if you don't dance, I assume you can't
And as the crowd, steadily expanding
So move, 'cause I don't want to see you standing
You're in the way, so hey you gotta step
Left right, I don't give a damn, just jet
As you leave the party in the light you can see body
Everybody, but you're a toasting Maserati
Cause you don't want to handle the scandal
Physical abuse cause you're as drunk as Tony Randall
And it's a gamble, I mean I've heard you ramble
On and on but you get worn like a sandal
They said, "Get raw" and I did then I slid to the back
And hid behind a whirlwind pyramid
[Outro]
The D-O-C, with some help from my boy T-E-E
Is now operating smoothly
Original knowledge of the whirlwind pyramid
Big dollars I'm gonna always clock
And I'm always down to rock
I had some gin and Sacco (I think you're drunk)
Now I'm ready to rock-o, ha ha ha