[music: eilen-breitenbach / lyrics: eilen arranged by WARHEAD]
... years later: The day of his judgement is now certain. The execution of a fellow inmate inflames his hate towards the prison and guards ...
The sun rises, the light is warm and bright
Another inmate soon will lose his life
One more day, one more night, that's all
For sure he'll meet his murderers at dawn 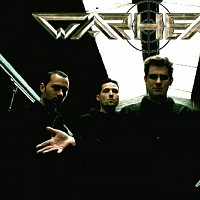