Divine creations now destroyed to uncover the haunted atmosphere
Strange visions of the ancient spirits, travesty of man appears
Coldness and the storming winds lurking for prey
The forces of the Winter reign in dreadful way, there's no escape 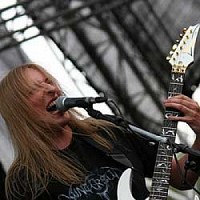 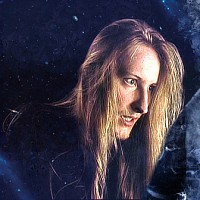 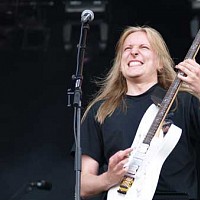 My hands are frozen, my mind is at the edge of madness
Oh how many nights and days, I've been lost in this land of sadness
From the primitive thoughts, under the glimmering snow
And burning stones - they'll rise -
The artful spirit: "You don't have to die,
You can rule in afterlife, just concede your soul to me,
(your life is cheap) - no price -"

Lyrics was added by em_me

Video was added by em_me