Tried To Be Nice - lyrics

Dreaming With Our Eyes Open

[Verse 1]
It's Mr. Hi, yeah, it's me again
So sad, I need a friend
Thought ya'll could sedate
Your mistake was putting a needle in
Ya'll broke skin
Now all the demons, they keep on creepin' in
Your mouth is full of shit
I might hit the lip when I piss in it
I took a pic and posted it on my Twitter like
What's happenin'
I hope I can get a couple likes and find a badder bitch
With nice tits
A nice ass
Some nice lips
A nice rack
She said, "you're coming too quick"
I said bitch you define fast
I look up at the clock, how much time pass?
One minute
Oh yeah, you know a minute was straight drillin' that fine ass
She said, "I think you're lyin'. I'm tired and where's the wine at?
And where is all the weed, I'm in need of something to climax"
I said Okay, uh, well let me see what I got
I start to search around my house, I found my ex-girl's top
I went from soft to jacking off, now I'm in need of a mop
Then I hear her yellin' from my room, "Mark I said I want pot"
Destined to flop
Cause look at all the bullshit on top
My only chance at success is if Kanye tells me to stop
While I'm at the Grammy's and they hand me the award for best pop
I think I'm joining One Direction now that Malik is lost
Need a moment to pause
I wanna say Hi Miss Swift
If you ever gave me the chance, I could show you my dick
I could send you a pic
I don't care if Harry doesn't like Witt
Like B and J, Witt And Taye could take over this shit
Uhhhh


[Transition]
We could take over this shit
Me and you, we could take over this shit
Hahahaha
But for real, though
[Verse2]
Yo
So why did you send your daughter to college here in the first place?
You pay 20k and your daughter became a sperm bank
Was fuckin' five guys on the first day
She learned how to suck a dick and still hasn't experienced her first A (damn)
She's lookin' up from her knees
She knows about whiskey neat, double D's and the trees
She's gettin' high because the last guy, he left her with ease
Asking him, "Please don't leave, you said you loved me"
On Tinder swiping right like which bitch go'n fuck me?
You know that I'm the man, five grams of protein and some money
And girls are saying they love me
And guys are wishing they was me
I'm offering nothing more than a washboard on my tummy
It's funny
I might go name my next album Tha Carter VII
And sell a bunch of copies outside of 7 Eleven
And make it sound like shit so no one can comprehend it
Baby must have fucked your ears
And then career
Cause you ain't sellin'
I'm not dissin' who you think I'm dissin'
It's someone different
I try to be nice and no then one listens
So I'm pissed
And if I hear another bitch try to tell me how she is different
Like, "I never get around"
But her pussy I fit my fist in
Insisting that I'm so jealous
I'm jealous of who?
Your screws are loose for you to think I'm jealous of you
You're lame and never made anything but balls turn blue
Tellin' the truth
And when offended, then I'm talkin' 'bout you
photo 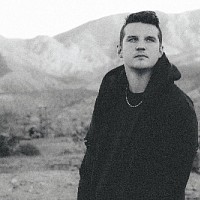 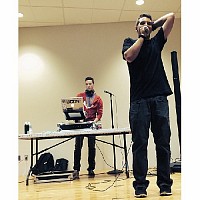 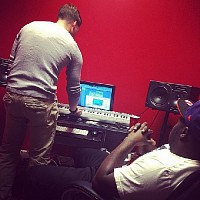 [Transition]
And I'm talkin' 'bout you
Stupid ass bitch
Hahaha
Fuck you, you, you and you
[Verse 3]
Oh
I must be over privileged cause I comb my hair
While I'm looking through Wal-Mart, Target and Kohl's for some clothes to wear
You stupid fuck, I got a hairy pair
Just for you to suck
And if I bust, I might just bust in your hair
Because I aim high
We are not the same guy
You are just a lame with no brain and a day job
My dad, he got laid off
Too drunk off the Jager
Still drove me all around the town
Wow, thanks, pa!
You could have fucking killed me
I could have been dead
Your only purpose on this earth is your sperm and now look what you did
You created the greatest rapper to live
And when I'm standing at the Grammy's
Hi, Granny!
Bitch you ain't worth shit
Look at me win
I had a friend and he's irrelevant now
Come to find out
Found his tongue in my ex-girl's mouth
Karma's a bitch
And the last I heard you was surfing the couch
And day you go out is a day I feel bad for the ground
You're stealing my sound
You're wack and I don't wanna collab'
Look at your past
I'm counting every rapper line that you jacked
You sound like me if I could suck on my sack
Like, "Witt, drop shit so I can copy it and say I can rap"
I've come to attack
You bottom feeder fucks, I'mma blast
Stealing your art
And then your lyrics
You're not real, you're an app
Not tweetin' you back
You're honestly the parrot of rap
You're making me laugh
I'm everything the rap game lacks
In fact
Go ahead, compare to the greatest again
They said that Em sounds like Nas
And Hop sounds like Em
And I sound like Hop
So where do we end?
Stop comparing me
Comparing what you can't comprehend
Can't wrap your head around the fact that I'm just nice with a pen
I'm standing up and talking shit, I'm never one to pretend
Never one that would blend
I'm not Eminem and I'm not Lennon
I'mma lead a generation and pick it up where they left it
It's Witt

Lyrics was added by SilentRain

Video was added by SilentRain

Dreaming With Our Eyes Open