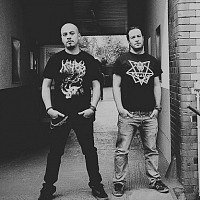 Infestation that condemns men
Making them sing in the language of the dead
Their melancholies, fears and memories
They are those who come and go beyond the darkness
The ones that get lost between souls of black light
Between unexplained noises that infest everything in their path